Tai-chi is good for arthritis and falls prevention

Among the various martial arts, which tend to be rigorous and focus heavily on combat, tai-chi exercise stands out as somewhat of a peculiarity. Its slow, deliberate movements have made it popular among the older people in particular, and in Singapore, it has gained an association with senior citizens, who commonly practise it in public parks and housing estates.

But the idea that tai-chi is only for older people is a misconception, says A/Prof Lau Tang Ching, Vice-Dean (Education) at the NUS Yong Loo Lin School of Medicine (NUS Medicine). “Although it’s slow and not very vigorous, it’s actually good for all ages,” he said. “Being a slow sport doesn’t mean it’s not helpful – tai-chi has many benefits, and that’s why it’s good to explore, even for young people.”

For the physical aspect, said A/Prof Lau, tai-chi exercise helps with fitness, toning muscles and improving balance. Practising it is calming and requires focus, which reduces stress and is good for emotional health. The mental exercise involved in learning tai chi also benefits cognitive health, while teaching it to a group of people grants social and vocational health. In addition, the sense of purpose and meaning involved in teaching it is helpful to an individual’s spiritual health.

“In all these ways, tai chi is the key to health. It has indirect and tangential benefits, not only within you but also in the community,” he said.

In fact, it was his personal experience with this exercise that inspired him to start teaching it. He began learning tai-chi at the age of nine, at a community centre in Kallang, and continued until he was 18. After entering the army and then medical school, he stopped learning it formally but continued practicing on his own.

Around 2008, A/Prof Lau, who is Senior Consultant at NUH’s Department of Rheumatology, saw increasing medical evidence of tai-chi exercise being good for arthritis and falls prevention. Convinced by the research, and driven by his interest in both preventing falls and treating arthritis in a non-pharmacological way, he decided to introduce it to the National Arthritis Foundation and the Singapore public. Eventually, his journey with the sport led him to work with an organisation called Tai Chi for Health (TCHI), where he helped to train tai-chi instructors in Singapore, and subsequently to the courses he currently teaches under the NUS School of Continuing and Lifelong Education (SCALE) CET program. The science behind the medical benefits of tai-chi exercise is relatively straightforward: by improving an individual’s muscle tone and sense of balance, the sport helps to lower the risk of falls. In the same way, it helps to prevent osteoarthritis, a condition caused by the weakening of the muscles. This leaves the joints vulnerable to damage, resulting in an accelerated amount of wear and tear. But by strengthening the muscles and improving flexibility, so that the joints become healthier, tai-chi exercise can help to stave off this condition.

Even for individuals who already suffer from arthritis, practicing tai-chi still has its benefits, explained A/Prof Lau. “It will help to slow down the worsening and improve the pain and stiffness of osteoarthritis,” he said. “I can’t say that it will make your joints normal again, that won’t happen, but you can prevent the worsening of the condition.”

Today, at the age of 53, A/Prof Lau considers himself physically healthy, strong, and flexible: he jogs half-marathons and teaches tai-chi exercise twice a week, which means that both long-distance running and tai-chi are included in his exercise regime. Having benefitted from the effects of tai-chi himself, he wants to introduce it to more people as an exercise for falls and arthritis prevention, and inspire health for all. “That’s the vision,” he quipped.

However, one obstacle he has had to contend with are the misconceptions that surround the sport. Some people believe that it’s too slow and not challenging for young people – whereas in reality, while it’s easy enough to learn, it can be quite challenging to actually do it well, he said.

Another misconception is that tai-chi exercise can provide immediate benefits. “But it doesn’t happen so rapidly,” said A/Prof Lau. “To see the benefits, you need to practise it quite a bit, at least two to three times a week for three to six months.”

Finally, said A/Prof Lau, there is the misconception that tai-chi has direct religious links to Taoism. “But actually, tai-chi exercise incorporated the ideals of Taoism and Traditional Chinese Medicine,” he said. He explained that while some people believe that the practice started from the Wu Tang Mountains, which is affiliated with Taoism, it actually originated from another place called Chenjiagou, where it was likely developed as a martial art by a retired army general in the 17th century.

And to those who are considering picking up tai-chi exercise, he urges them to give it a try. “No matter what age you are, if you think that you want to try out tai-chi, go out and attend a class or two.

“And if you like it, continue, and after about three to six months, you may see the benefit. Just have a go at it.” 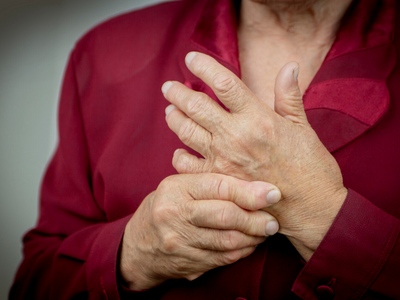 Rheumatoid arthritis is not just a joint problem. Understand the facts and causes of this disease, and learn how to avoid triggers and manage flare-ups. 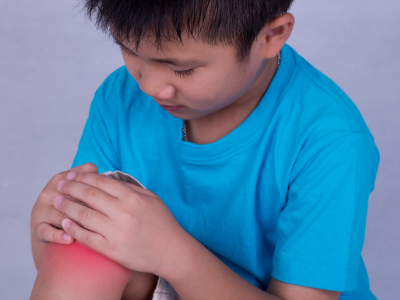 Overcoming the odds: Living with JIA

While Juvenile Idiopathic Arthritis (JIA) is the most common form of arthritis in children and teens, most people are unaware of this chronic condition.