Working with miracles: Inside the IVF lab

What happens inside the IVF lab? Our embryologists share about the intricate science of IVF (and a few other procedures that happen there, too).

Cast in a dim, warm glow, the In-Vitro Fertilisation (IVF) lab at the National University Hospital stands in stark contrast to the rest of the hospital.

Here, highly skilled clinical scientists carry out cutting-edge procedures, assisted by state-of-the-art equipment. The lights are dimmed to simulate the conditions inside the womb; bright lights, the team explained, can harm the delicate embryos. 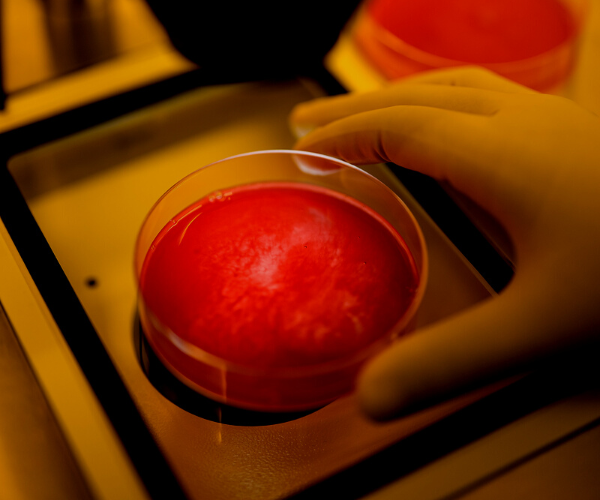 These scientists are called embryologists, and their primary responsibility is to carry out IVF for families who have difficulty conceiving.

They also carry out other services, such as genetic testing for embryos conceived through IVF, and ovarian tissue cryopreservation – a procedure that helps freeze and conserve ovarian tissue and immature eggs for cancer patients. 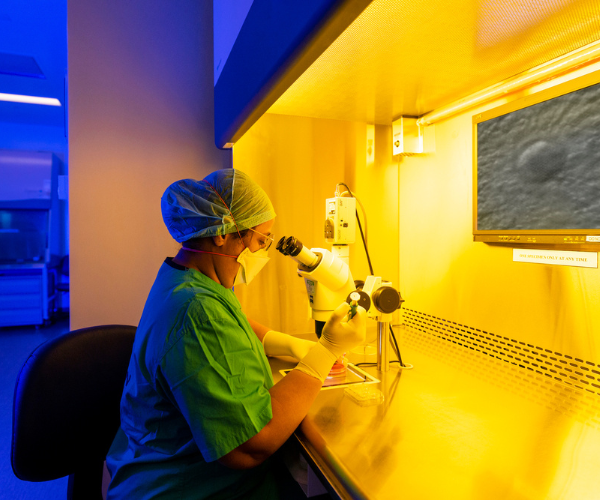 Here is how an IVF cycle works. As a woman typically produces just a single egg (or oocyte) each month, the first step is for the prospective mother to undergo a series of hormone injections to stimulate the production of more eggs.

These eggs are then retrieved from the prospective mother through a procedure under general anaesthesia. 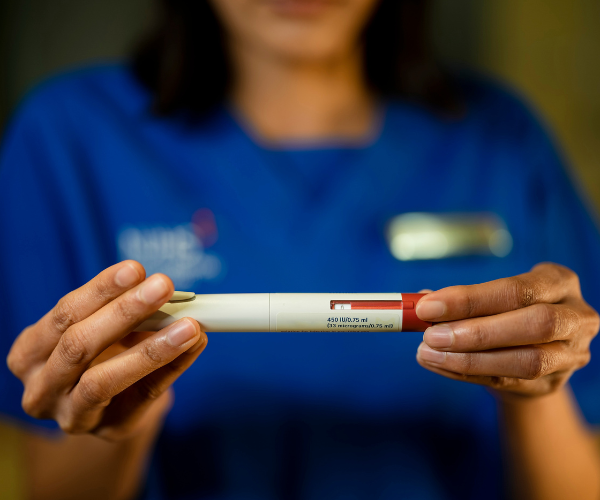 After that, a single sperm (collected from the prospective father) is injected into the mature egg under a microscope.

The resulting embryos are then left to culture inside an incubator for the next five days.

In total, the whole process takes about a month and a half between simulation and implantation. It concludes with a foetal heart test six and a half weeks later to confirm the pregnancy. 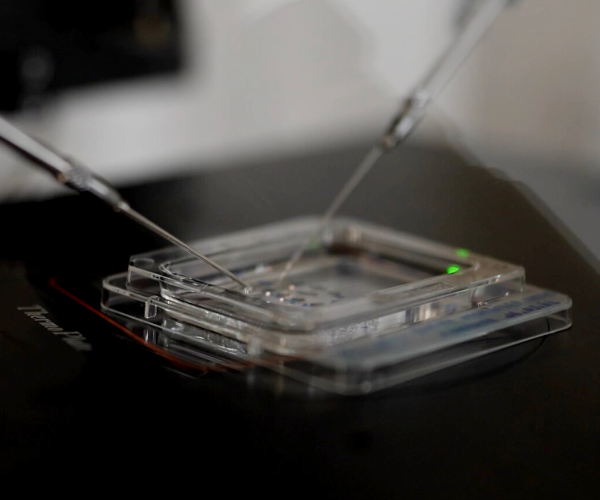 But the work is not quite as straightforward as merely putting an egg and sperm together in a culture dish.

To maximise the chances of success, the embryologists monitor and grade every embryo carefully, tracking their growth across different stages.

“It’s a seven-day job because the embryos need to be monitored closely until they are transferred, and the remaining good-quality ones frozen for future use,” said Principal Embryologist Mary Nee.

“Such a responsibility can weigh heavy on an individual.” 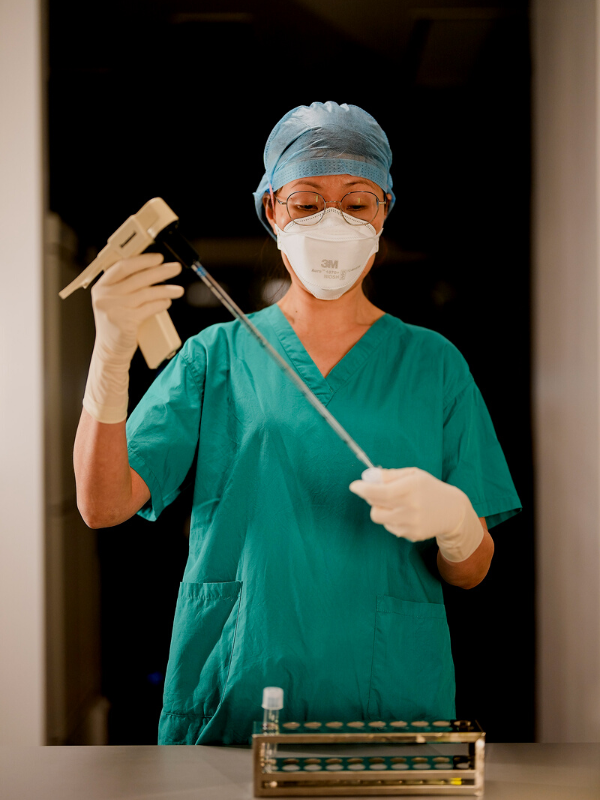 In certain cases, an embryo screening or biopsy may be warranted as well.

This is a highly skilled procedure in which an embryologist carefully and  atraumatically removes cells from a tiny hole created on the shell of the embryo.

The cells are then sent off to the laboratory to be tested and checked for disease, and the best and healthiest embryos are selected for implantation. 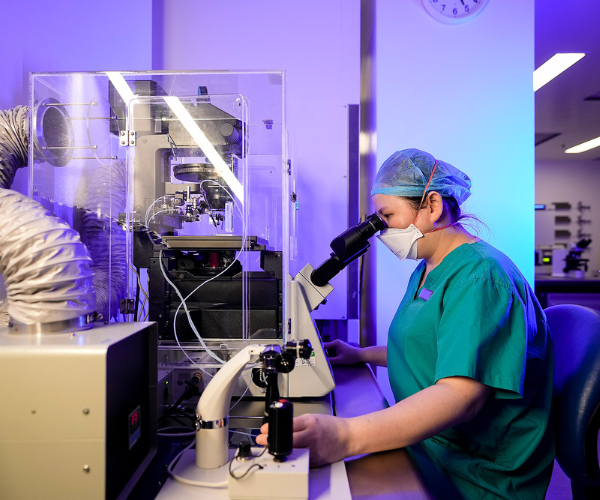 But even with the very best care, not every case is successful. The success rate of an IVF cycle is just four out of ten, the team shared.

“Some people say embryologists play God,” said Chief Embryologist Joyce Mathew, who has been with the lab since 1993.

“On the contrary, though every effort is taken to ensure that the procedures are done accurately with utmost care – which itself is a feat of science and technology –  everything that happens after is a miracle.

“We consider it a privilege to be playing a small part in the miracle of life.” 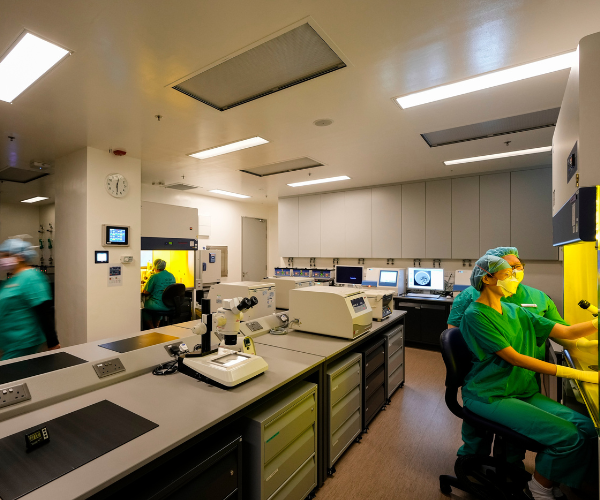 Click here to find out more or to join us as an embryologist. 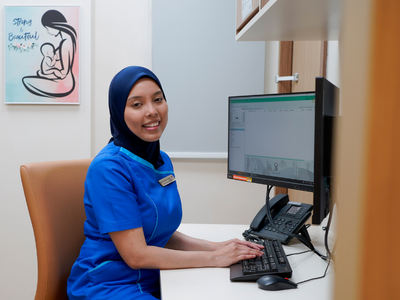 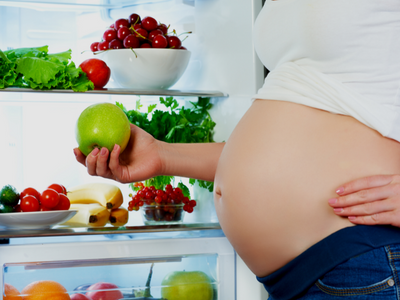 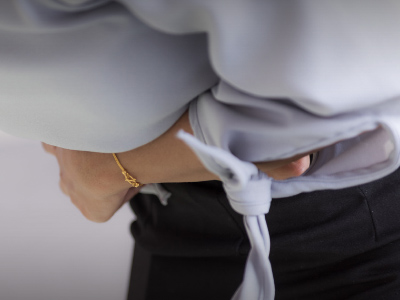